MENU 2- New additions not included in the videos


NEW!  The Temple in 3D by Norma Robertson
Please Join Me As We Walk Through Herod's Temple and Fort Antonia in 3D, a narrated video series of Herod's Temple.
Note: This Temple location is in accordance with the many sources available to us. I.E. The scriptures. The many maps, drawn up by the early explorers of the 1800's that were allowed to enter the underground passages.  Josephus, a Jewish historian, that not only grew up in Jerusalem, but recorded the destruction of the Temple in 70 AD. Also the Jewish information contained in the Mishnah concerning the aqueduct. And of course the ruins and many artifacts uncovered by archaeologist, Benjamin Mazar, and  through his grand daughter, Eilat Mazar. I created this as if a model built on a green table top, only in this case you get to enter and walk through, and fly over,  that model.   The model is designed according to the map below with the lower court on the Ophel outside the south wall of the Temple Mount as it is today.

Stacey Weigert has put an incredible amount of excellent work into recreating Jerusalem in 66 AD in MineCraft.
He is using my theory for the Temple at the south end of the Temple Mount.
Be sure to watch his videos @ YouTube channel "Words in Red" Jerusalem Reborn!! 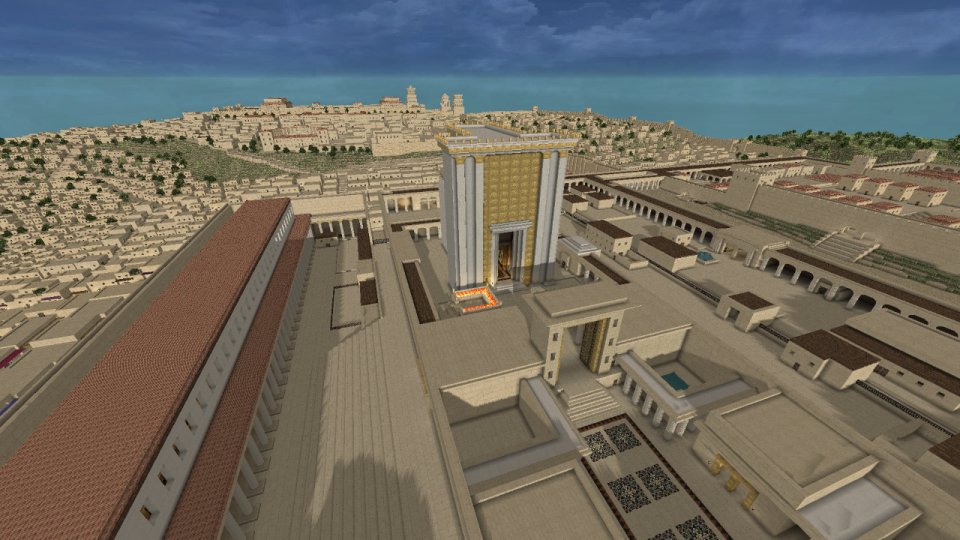 "In 70 AD, Roman General Titus besieged and captured Jerusalem, and destroyed the city and the second temple. Now relive what it was like to explore and walk the streets of first century Jerusalem. "The city that kills the prophets and stones those who are sent to her!" -Matthew 23:37"
"Minecraft Messiah was created to give the viewer a chance to see what Jerusalem could have looked like 2000 years ago and visit the locations where biblical events took place." 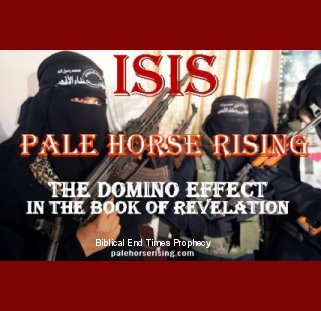 
Solomon's Temple area overlaid with Herod's Temple as of 70 AD 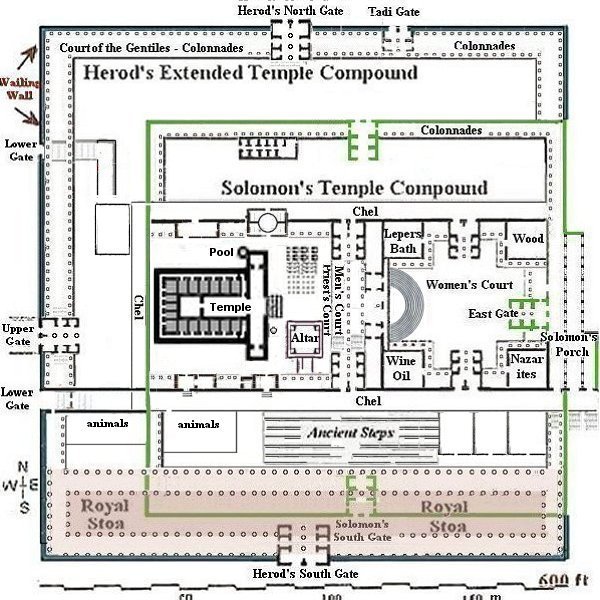 extended the temple courts, except for the east wall, gate and Solomon's porch, which Herod refused to rebuild.. 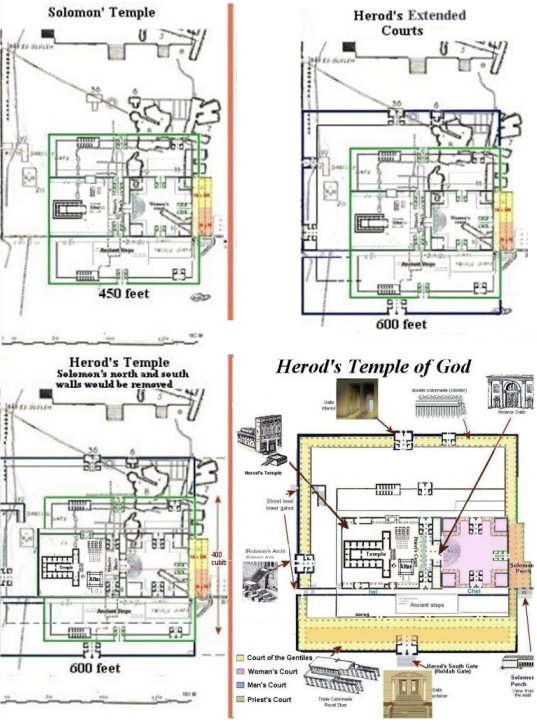