How can you know where the Temple was once located?

You listen to, and weigh, the known facts. Not just the facts people talk about that are selling a book or have an agenda of any sort, but all the facts.  You start at the beginning with King David and the topography of the eastern ridge.  What you don't want to do is look at the huge flat Temple Mount of today and try to fit it into this spot or that.
read more 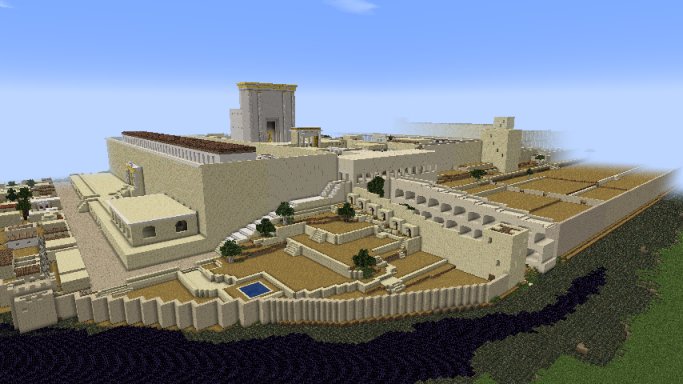 Josephus wrote that the Temple was a furlong by a furlong, approx 600' x 600' square. The southern court, which Josephus called the lower court because it was on a lower part of the hill than the Temple house, was on Ophel hill outside the now existing south wall of the Temple Mount. The Temple House was on the other side of the wall with the threshing floor below the Al Aqsa Mosque 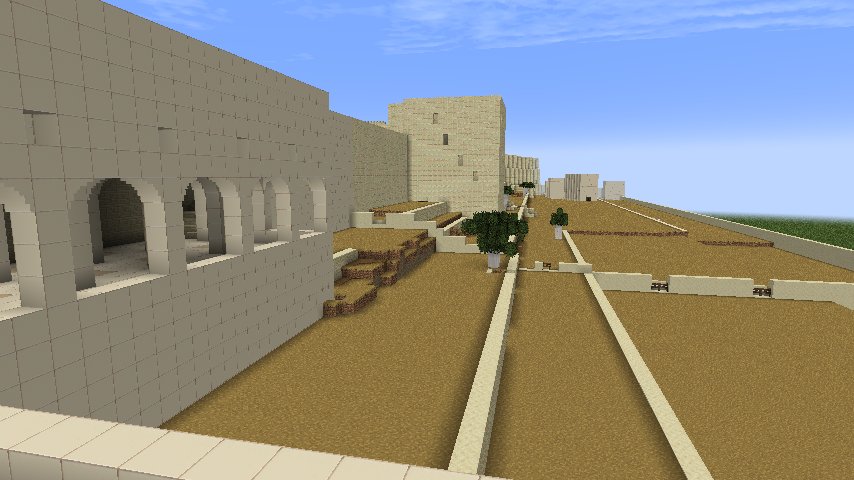 Herod's Temple- Looking north from the Red Heifer Bridge.  This area would be full of ten's of thousands of animals on any given feast day. The Hasmonean increased the size of this area to the south because of the increase in population and the need for more animals to be brought in for sacrifice-Nehemiah wall on the right with sheep gate on the north wall.   Fort Antonia looms in the background.

Herod's Temple- Looking south from the Red Heifer Bridge -  The Ophel would have had many government buildings and shops for moneychangers, and the selling of doves and pigeons, etc. for sacrifice. 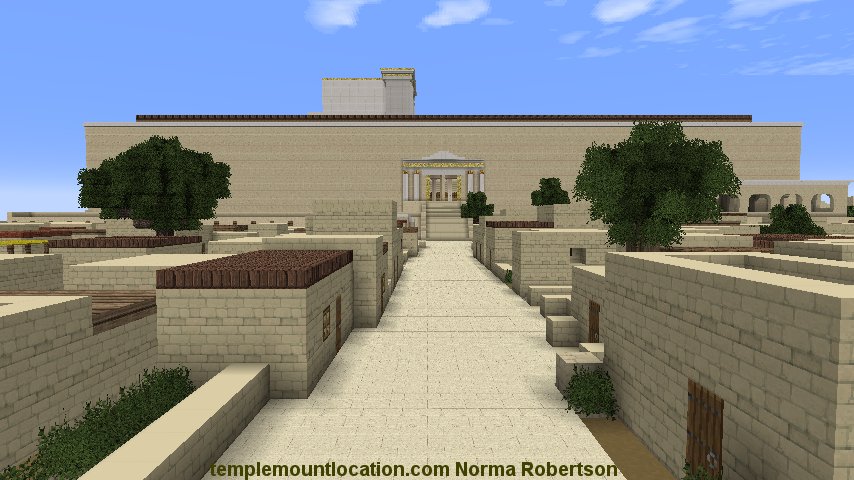 View of Herod's Temple from the City of David

Overlooking the Temple from the highest tower in Fort Antonia. (looking south) The tower was 70 cubits (102') according to Josephus. One could see inside the Temple compound from here. 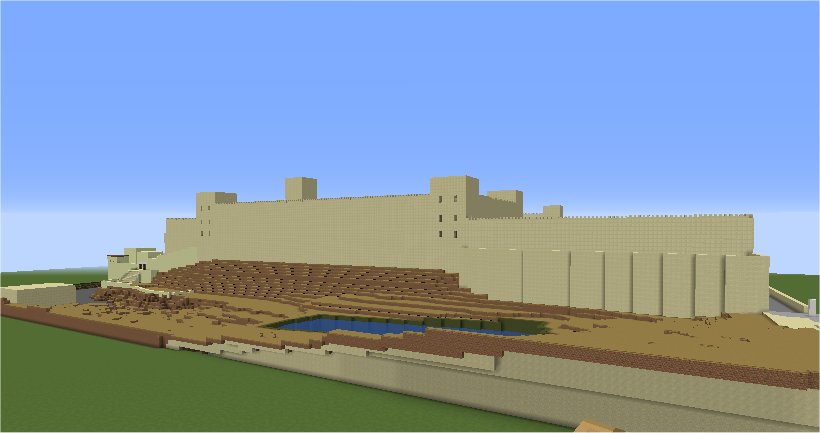 North of Fort Antonia was a 200' long 50' deep moat. The moat was cut into the bedrock of the natural land bridge between the two hills.  To the west (right) of it was the Tyropoeon Valley and to the east of it was a deep ravine that emptied into the Kidron valley. The only way to take the Fort was to fill in the moat.  This moat in this location was excavated by Charles Warren in the late 1890's.  He also found sections of flagstone, which the Jews had covered the hill with, and found the ravine with a building built at the bottom of it.


War of the Jews Book 5 Chapter 4
2.   .................... It was Agrippa who encompassed the parts added to the old city with this wall, which had been all naked before; for as the city grew more populous, it gradually crept beyond its old limits, and those parts of it that stood northward of the temple, and joined that hill to the city, made it considerably larger, and occasioned that hill, which is in number the fourth, and is called "Bezetha," to be inhabited also. It lies over against (across from) the tower Antonia, but is divided from it by a deep ditch (moat), which was dug on purpose, and that in order to hinder the foundations of the tower of Antonia from joining to this hill, and thereby affording an opportunity for getting to it with ease, and hindering the security that arose from its superior elevation; for which reason also that depth of the ditch (moat) made the elevation of the towers more remarkable. This new-built part of the city was called "Bezetha," in our language, which, if interpreted in the Grecian language, may be called "the New City."

Josephus says that the design of Titus was "to take the Temple at the tower of Antonia;" and that for this purpose he raised great banks; one of which was at the tower of Antonia, and the other at about 20 cubits from it; and that for the purpose of obtaining materials or filling up the immense fosse and ravine to the north of the Temple, he had to bring them from a great distance; and that the country all round for a distance of 19 or 12 miles was made perfectly bare in consequence.


(The Dome of the Rock theory places the location of Fort Antonia on Bezetha hill going against everything Josephus said about it.) 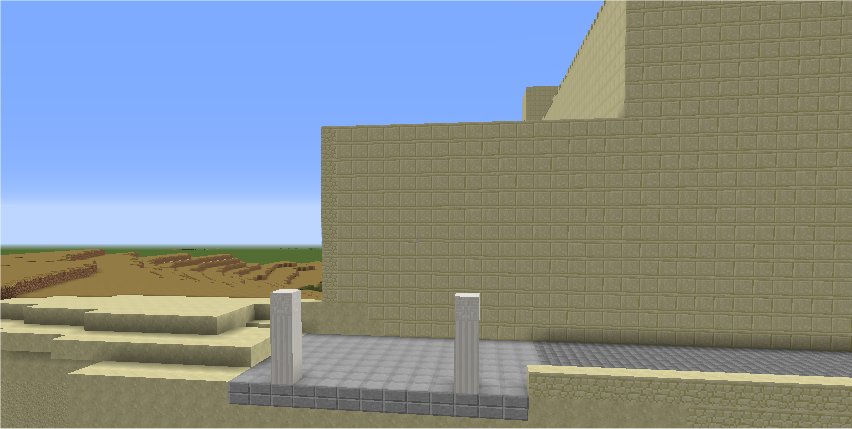 View from west to east. All trace of a western wall ends here at what is called The Market Place in the western wall tunnel. The Market place continues west with a line of 9 columns.  The western wall ends as the quarry begins.  The quarry is bedrock, where they cut the large stones from for building this part of the wall.  Charles Warren explored the area in the 1890's and found no trace of a northwest corner beyond this place and no trace of a northern wall in the traditional place, further north from here.  This places Fort Antonia on the Dome of the Rock platform. Not the Temple. 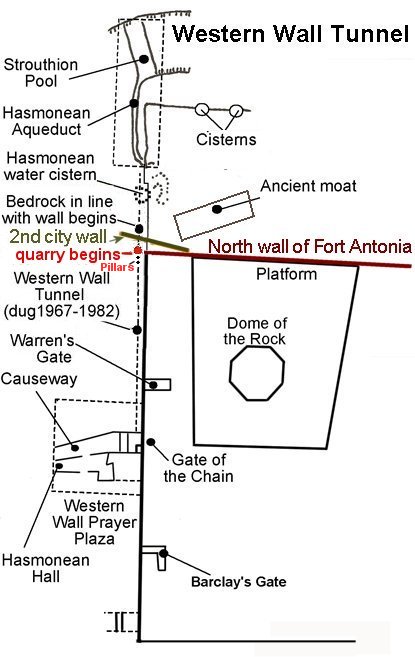